As per an official statement, Man-Portable Anti-Tank Guided Missile was launched from a man-portable launcher integrated with thermal site and the target was mimicking a tank.

The missile hit the target in direct attack mode and destroyed it with precision. The test has validated the minimum range successfully. All the mission objectives were met. The missile has already been successfully flight tested for the maximum range.

The missile is incorporated with state-of-the-art Miniaturized Infrared Imaging Seeker along with advanced avionics. The test brings the development of indigenous third-generation Man-Portable Anti-Tank Guided Missile close to completion. 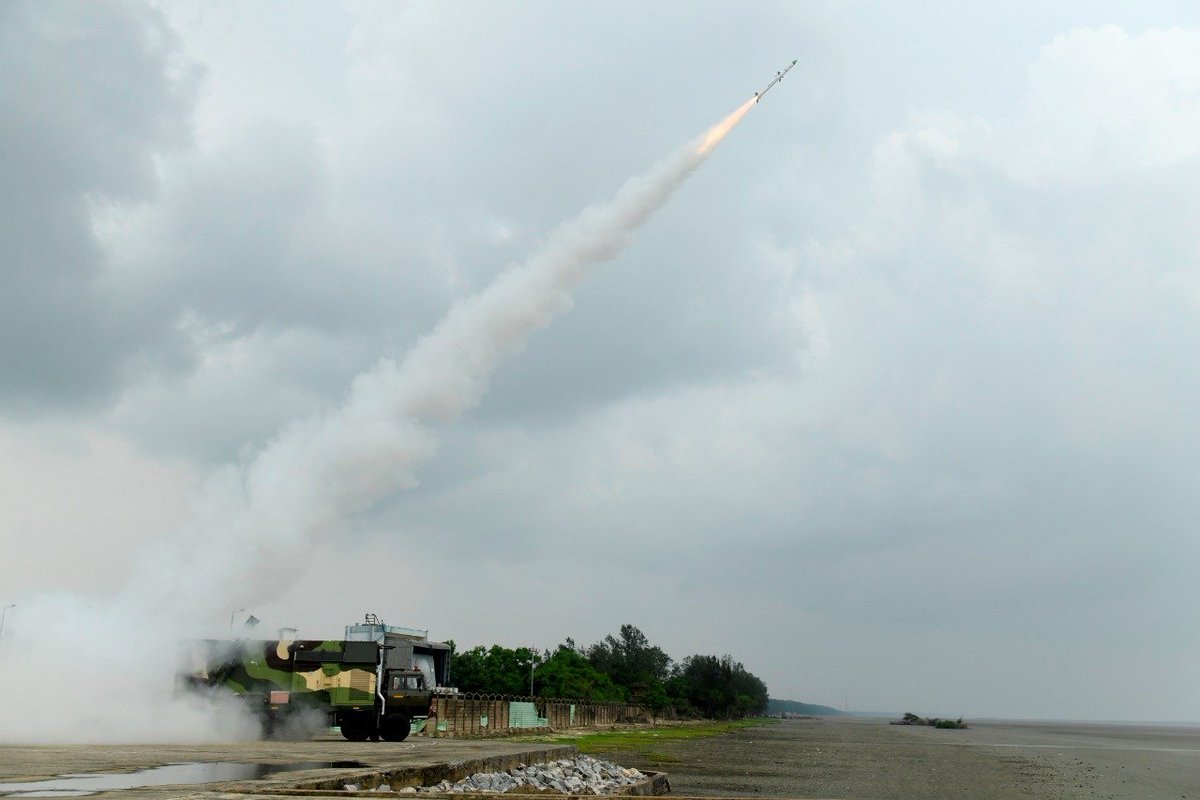 Meanwhile, New Generation Akash Missile system has been developed by Defence Research and Development Laboratory (DRDL), Hyderabad in collaboration with other DRDO laboratories.

The launch was witnessed by the representatives of Indian Air Force. In order to capture flight data, ITR deployed a number of Range stations like, Electro-Optical Tracking System, Radar and Telemetry.

“The flawless performance of the entire weapon system has been confirmed by Complete flight data captured by these systems. During the test, the missile demonstrated high maneuverability required for neutralizing fast and agile aerial threats,” DRDO said.

Once deployed, the Akash-NG weapon system will prove to be a force multiplier for the Air Defence capability of the Indian Air Force.

Covid-19 May Have Killed Over 3.4 Million People in India, Says US Think-Tank

Idris Elba In ‘Conversation’ To Play Next James Bond

For the unversed, if Idris lands the part he will become the seventh actor to play Bond as part of the franchise - following...

India Ahead5 hours ago

Do You Speed Up Class Videos? Here’s What Study Says

A new study analyses how students learn when they double the speed of class videos.

Bachendri Pal To Lead All Women Team From Arunachal To Ladakh

The expedition will inspire and motivate women of all age groups to include fitness activities in their daily lives to stay healthy.

India Ahead9 hours ago

The charges spell that Mustafa was booked for promoting enmity between different groups on grounds of religion, race and others.

Press Trust of India10 hours ago

On January 21, Meat Loaf's official Facebook page confirmed that the singer had passed away but did not reveal his cause of death. He...

India Ahead11 hours ago

The hologram statue will be powered by a 30,000 lumens 4K projector. An invisible, high gain, 90 per cent transparent holographic screen has been...

India Ahead9 hours ago

India Ahead18 hours ago
Advertisement