Life Has Opened A New Avenue For Me: Babul Supriyo On Joining TMC

Mumbaikars Bid Adieu To Lord Ganesh; Over 400 Idols Immersed In City So Far On 10th Day Of Festival

SAD & BSP workers hit by a water cannon during their protest demanding arrest of Health Minister Balbir Singh for alleged vaccine & Fateh kit scams, and to give market rate to farmers whose lands are acquired for highway projects, near CM Capt. Amarinder Singh's farmhouse in Mohali on June 15, 2021. (PTI Photo)

Sukhbir Singh Badal and party workers were protesting outside Chief Minister Captain Amarinder Singh’s residence in Siswan and demanding the dismissal of state Health Minister Balbir Singh Sidhu and a Central Bureau of Investigation probe into the alleged selling of vaccines at an exorbitant price.

The SAD leaders and party workers had gathered to protest against the alleged corruption in the Congress state government. 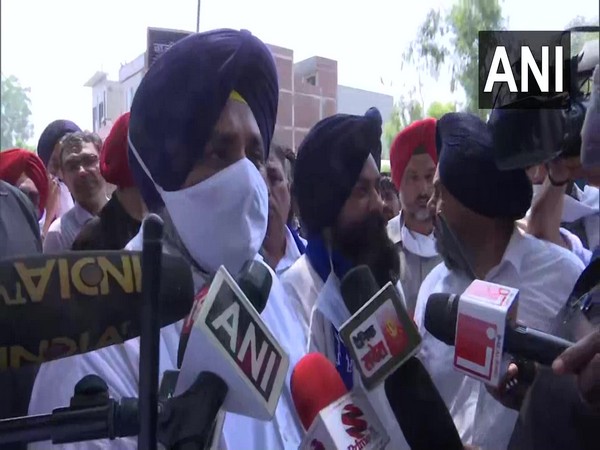 The security forces use water cannons on the protesting Shiromani Akali Dal (SAD) leaders and workers outside the residence of Chief Minister Captain Amarinder Singh. Badal said “We will continue to strive to ensure justice to the people of Punjab in the vaccine scam in which instead of giving free vaccines to the people, the Congress government sold vaccines at a hefty profit to private institutions and also allowed the latter to fleece the people further. This amounts to playing with lives and is reprehensible. Balbir Sidhu is directly responsible for this corrupt act and in case he is not dismissed we will approach the Governor as well as the courts for justice”.

Asserting that Balbir Sidhu was indulging in one scam after another, Sukhbir Badal also took the lid off the Fateh Kit scam of the Congress government on the occasion. He said under this scam the price of the medical kits which was supplied to the people during the Covid pandemic was jacked up repeatedly by inviting one tender after another despite the fact the first tender was valid for six months.

(With inputs from ANI)

Malayali engineer Dhanya Raveendran, who married Afghan national Homayon Khoram and lived under the Taliban in the nineties, recounts their story of love and...

Amid ongoing political tussle among party leaders in Punjab, Congress held a meeting of the legislative party at 5 pm on Saturday. According to...

India Ahead2 days ago

Babul Supriyo’s departure is a blow for the BJP especially because it had built him big until recently.

So today, as the captain bids farewell to Punjab CMs chair , he will have PK to thank in some parts too.