In India, three states besides Kerala and Maharashtra have witnessed an increase in new cases, as per the Ministry of Health and Family Welfare data released on Tuesday (March 2). These are Punjab, Tamil Nadu, and Gujarat who have witnessed a worrying increase in daily new cases. Unlike the previous belief, Maharashtra leads the board with the maximum number of new cases followed by Kerala, and unexpectedly Punjab comes third in terms of new numbers. 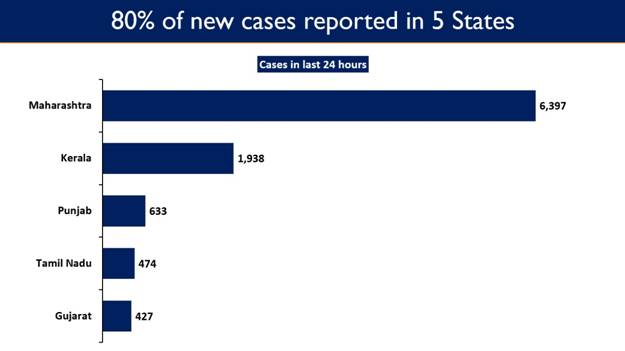 As per Tuesday’s update, Maharashtra reported the highest daily new cases at 6,397, followed by Kerala with 1,938 while Punjab reported 633 new cases. Two states, Maharashtra and Kerala, if combined,  account for 67.84 per cent of total active cases in the country. 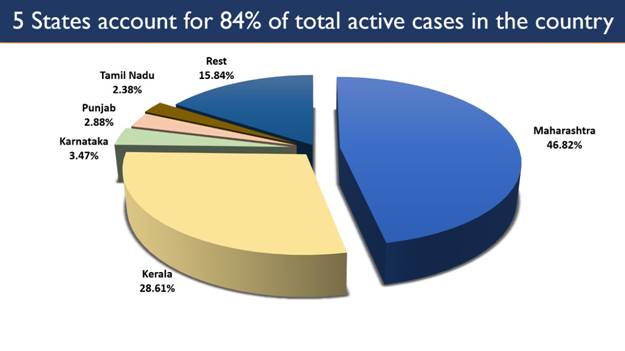 As per Health Ministry, a total of eight states including five which were mentioned earlier are displaying an upward trajectory in daily new cases and have been placed in ‘states in focus’ category. These include Madhya Pradesh, Haryana, and Karnataka as well.

“The Centre is continuously engaging with the States and UTs manifesting higher caseload of active cases and those reporting a rise in the daily new COVID cases. States/UTs have been advised to maintain a continued rigorous vigil for containing the spread of COVID-19. Need for effective testing, comprehensive tracking, prompt isolation of positive cases and quick quarantine of close contacts are strongly emphasized,” Ministry said in a release today. 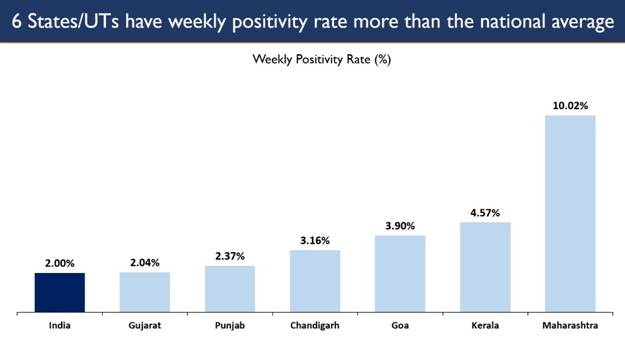 Delhi records more than 17000 cases of COVID-19, highest since the pandemic began

Himachal Pradesh postpones class 10th, 12th & UG exams to May 17 due to rising cases of COVID-19

Opinion: Indian National Congress looks up to a virtual makeover